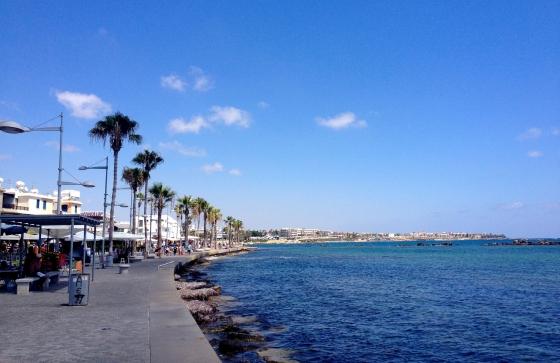 An air of romance and history carries through the naturally abundant and culturally rich region of Pafos (Paphos).

Comprised of its old and new towns, rural villages and picturesque resorts, the region is home to some of the most stunning areas of natural beauty on the island, whilst its many archaeological sites are historically invaluable, with Katos Pafos declared a UNESCO World Heritage Site as a whole.﻿

Centered around the quaint harbour and impressive Medieval Castle, Pafos’ environs then stretch to incorporate the tourist resort of Polis Chrysochous. The pretty and tranquil area - known simply as ‘Polis’ - has expanded to become a sub-district in its own right, and encompasses the beautiful Akamas National Park, Lara beach - which is a breeding site for turtles, and the traditional fishing shelter of Latchi.

Whilst visiting the area, pass by the Baths of Aphrodite, which is located near Polis. Greek mythology tells that the Goddess of Love and Beauty bathed here, and it is one of the enticing sites in the region that trace her story. Her connection with Cyprus begins at the landmark rock formation of Petra tou Romiou (Aphrodite’s Rock/birthplace), where  she rose from the waves. From there, make a pilgrimage to her sanctuary at Kouklia.

Further out, the monastery of Agios Neofytos is located in a secluded valley, and was founded by the Cypriot ascetic Saint Neofytos around 1200. The monastery of Panagia Chrysorogiatissa, next to Panagia village, is also significant for its well-preserved buildings dating back to 18th century.

Nestled within Pafos Forest is the breathtaking mountain locality of Cedar Valley. The area is crossed by a country road that unfolds into Stavros tis Psokas, an additional mountain locality that is home to the rare and shy Mouflon (Ovis gmelini ophion).

A myriad of outdoor pursuits can also be enjoyed, further enhanced by religious monuments, wineries and museums, making the Pafos region a haven of nature and culture.